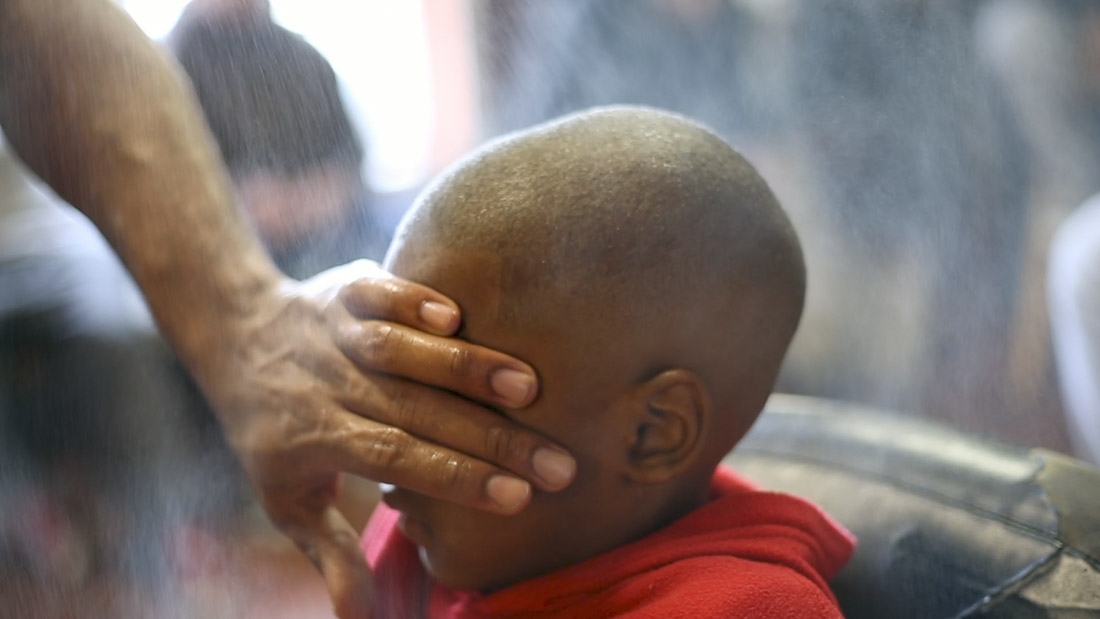 If you scroll through the credits for Hale County This Morning, This Evening, winner of the U.S Documentary Special Jury award for creative vision at Sundance this year, you could get the sense that RaMell Ross, the director, editor and cinematographer for the film, wears several hats. If you take a look at his artistic career, you will see that he wears more than several. We could say that he’s a photographer, a poet, an ethnographer and an anthropologist; and his images are his medium.

Ross is yet another example of a still photographer turning to documentary film. When a talented still photographer makes a movie, it is a likely bet that the resultant film will be rich in imagery, almost like a moving photojournalist archive. Hale County is perhaps the quintessential example of this.

Having moved to Hale county in the south of Alabama to shoot large format still photography, he became increasingly interested in the connection between the past and the present as evidenced in the black experience of the historic south. In training himself to look closer at his surroundings, Ross noticed the remnants and implications of that history everywhere. Hale County is in southern Alabama, and historically the site for a majority of the slave plantations. Because of the relative economic depression in the area and the relationship of power structures to media production, the images used to represent the region have traditionally come from outside of the community, and so often, these images are reductive, flat, and full of negative stereotypical elements, from prison imagery all the way up to blacksploitation films. What is common to so much of this historical imagery is that it has little to no relationship to the humanity it is supposedly depicting.

Hale County This Morning, This Evening is an exercise in finding authentic imagery to represent the people of Hale County from an insider’s perspective, from someone who lives in the community and knows the personalities depicted in the film. We might say it is relational image making, as opposed to exploitive image making. According to Ross, images are always in dialogue with previous images, and by displaying what is essentially a montage of lived experience, day to day moments, often mundane but nearly always poetic, he seeks to re−represent the black experience in America.

As a cohort in the second annual art of nonfiction fellowship with the Sundance Labs, Ross here illustrates an alternative form for generating meaning in film: the non-narrative, poetic juxtaposition of imagery. We might want to consider this style of meaning making as a distinct genre of nonfiction, poetic documentary: that which seeks to focus on the commonplace, the everyday, the mundane, the moments that in fact make up most of our daily experience. This is the kind of stuff that is so often cut out of narrative based films. But of course there is a host of so often overlooked wisdom hidden in the ordinary: whispers from the past, hope for the future, or magical moments in the here and now.

The result for viewers, if they can allow themselves to settle in to the slow, melodic nature of the film and set aside their expectations for a narrative arc, ought to be a new perspective, an increased appreciation for accidental beauty, an increased empathetic bond with the other, and an invitation to revel in the miracle of existence.

If you would like to know more about the art of nonfiction fellowship, you can read about it here: https://www.sundance.org/blogs/artist-spotlight/art-of-nonfiction-fellowship-year-two-an-oral-history#/