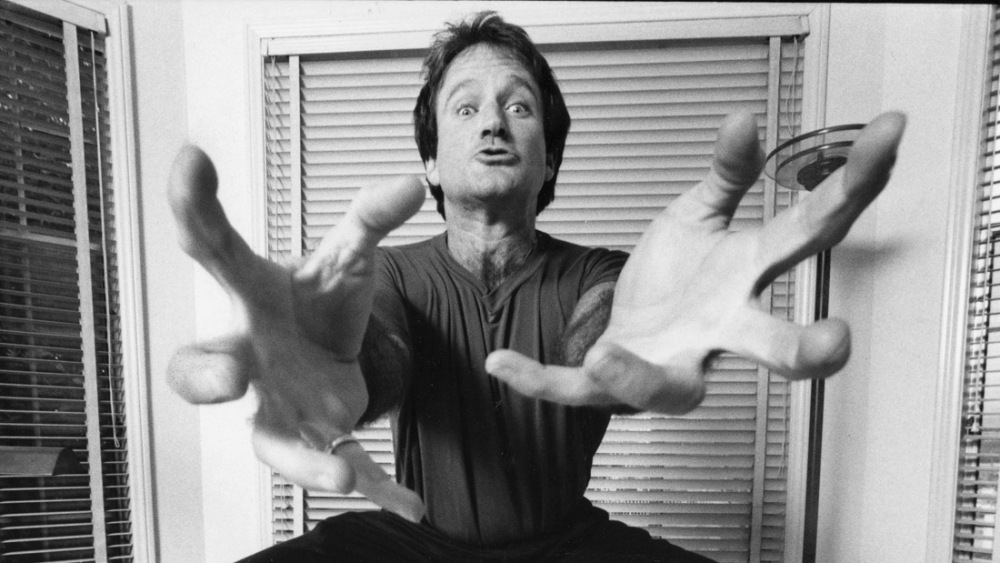 The psychology behind recognition, that feeling of familiarity upon seeing the face of a loved one, is stretched and manipulated in the modern era. We see the faces, hear the voices and experience the mannerisms of celebrities all the time through television, radio and social media imagery as our world is increasingly populated by screens and viewing devices. But as many of us have experienced before, the feeling of familiarity is exposed as a somewhat of a lie the minute you meet a celebrity you think you know in person, and realize there is only the perception of a relationship. For one thing, this person doesn’t know you at all, and for another, you have only been experiencing their public persona. Behind the façade, there are deep waters that make up the essence of this person, and their true selves remain a mystery.

This is perhaps no more evident than in the case of Robin Williams, a true comic genius, one of a kind in his generation, successfully and brilliantly making the jump to heartfelt dramatic work, brining joy and compassionate emotion to millions, yet ultimately ending his life in tragedy.

Marina Zenovich, director of the new HBO Williams biopic, Robin Williams: Come Inside My Mind, looks to use the traditional biopic format to do two things: on the one hand shed some light on the tragedy and reveal a little bit more of who Robin Williams really was, and on the other, celebrate the life and work of such an amazing performer.

The film is organized in chronological order, beginning with Williams’ early career in improve and standup comedy in the 1970’s, up through his later work in film, as a comedian and dramatic actor. Throughout the historical survey, peppered with interviews from two of his wives, family members and celebrity comics and friends through the years, the question of what it was that drove him becomes paramount, both in a positive and negative sense. What was the source of his incredible genius, as he seemed to exist on a higher level of intelligence and wit than the rest of us? And simultaneously, what was the source of that insecurity that seemed to lurk in the background of everything he did, which would occasionally slip out in his comedy and apparently repeatedly drove him towards addictive behaviors and substances?

There is no satisfying explanation for his suicide. Various interviewees offer hints of theories: a diagnosis of Parkinson’s disease, a kind of early onset dementia, a possible return to his addictive behaviors. But there will never be a satisfying answer to a tragedy like this. It’s the kind of thing that should not happen in this world, yet it does. It is an example of all that is wrong with this fallen world. But one thing is clear: the life of this man was a wild and crazy ride, full of laughter and joy, and the gift of comedy and artistic expression that he violently vomited upon the world is an example of all that is right with that which God has made.