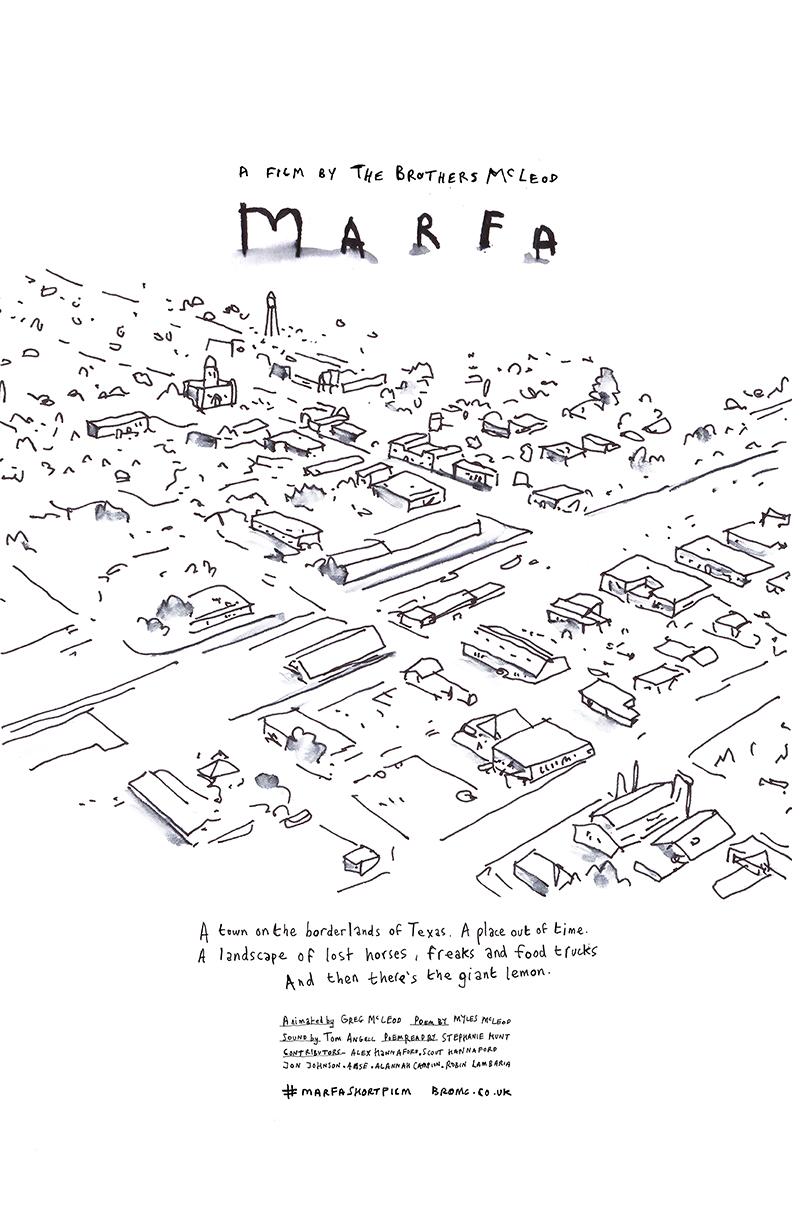 Marfa Texas is a quirky place. It’s somewhere in the middle of Texas, kind of between El Paso and Austin, with absolutely nothing by way of cities or towns near it. But it’s a town filled with artists. In many ways, it is a kind of social experiment. What if the entire population of a given place was made up of artists? Here is a place where you can find out. Marfa is famous for its airstream trailer, its lack of any fast−food, and its large−scale conceptual art pieces like the Prada Store (look it up if you haven’t heard of it), and the strange “marfa ghost lights” seen in the sky at night.

The short animation playing at Sundance entitled simply, Marfa, by the animation team known as The Brothers McLeod, is a tapestry−like glimpse of some of the things that make Marfa, Texas quintessentially Marfa. The project is the result of some time that brothers Greg and Myles spent in the town, talking to people and making audio recordings, and accompanying the sounds of the environment and interviews of residents with hand−drawn−like representations of the various points of interest around town.

The film is a reminder that there are many places in the world worth exploring, and that creativity, beauty and wonder can be found in the most unlikely of places. After watching Marfa the film (which you will be able to follow on the Brothers McLeod website here:

I highly recommend visiting Marfa, the town, for it would not be an exaggeration to say that there is no place like it on earth.