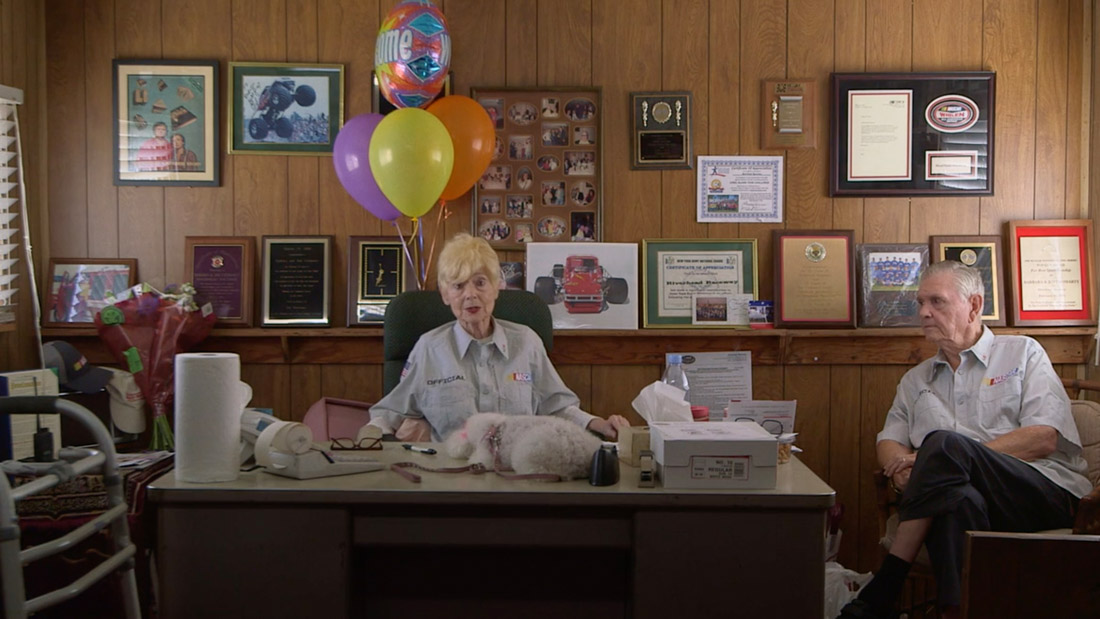 A Documentary can be so many things. It can be a tool for advocacy, an expression of personality, a means for inspiration by way of showcasing story, or in the case of The Last Race, showing at the Sundance film festival in the U.S. Documentary competition, a simultaneous memorial and celebration. The memorial is for the disappearing land and culture surrounding American stock car racing, the celebration is for the incredible community and tradition that has formed around the races. Riverhead Raceway, the last stock car racing track of its kind left on Long Island, threatened by the fact that the land on which it sits is worth millions of dollars for hungry developers, still has a thriving neighborhood−like group of enthusiasts that flock to the track weekly. The draw for these aficionados is not just the eleven−minute races, but the family bond as seen through fathers teaching sons how to build these cars, the food and beer before and after the events, the insider competitions and rivalries among drivers, and the sense of accomplishment for races won.

For Barbara and Jim Cromarty, the longtime owners of the speedway, the question becomes just what it is that they ultimately value. At their age, when it takes several minutes to get from their car and up the stairs to the office, it might be nice to sell out and retire. But the fear is that the manifestly un−community−friendly forces in America encroaching on all sides of the land upon which the racetrack sits, big box retail and shopping centers for example, will rob the community of that which allows them to connect.

A still photographer turned documentarian, director Michael Dweck seeks to impart a real sense of what being in this community must be like, to impart the value of this little world to us. I often find that still photographers have a great eye for finding what is compelling about a given subject, not so much in words or actions by the subjects, but in images that communicate. As a still photographer, Dweck and his team stick to well−composed fixed cameras, on the front and backs of cars, inside the cars on the helmeted faces of the drivers, and along the sidelines, letting the shots run on, imparting a very real being−there sense, complete with incredible and sometimes violent sound.

In sticking with these long, almost hypnotic shots, intermittently spaced out with quirky and charming interactions and interviews with they myriad of characters surrounding the racing scene, Dweck is able to impart a very palpable impression of what is to love in and around these tracks, and why the loss of so beautiful a thing would be such a tragedy. The effect is that we are then implicitly invited to reflect on what it is that we truly value in life, and why it is that organic community strengthening mediums such as this are being replaced by impersonal or isolating profit generating mechanisms.