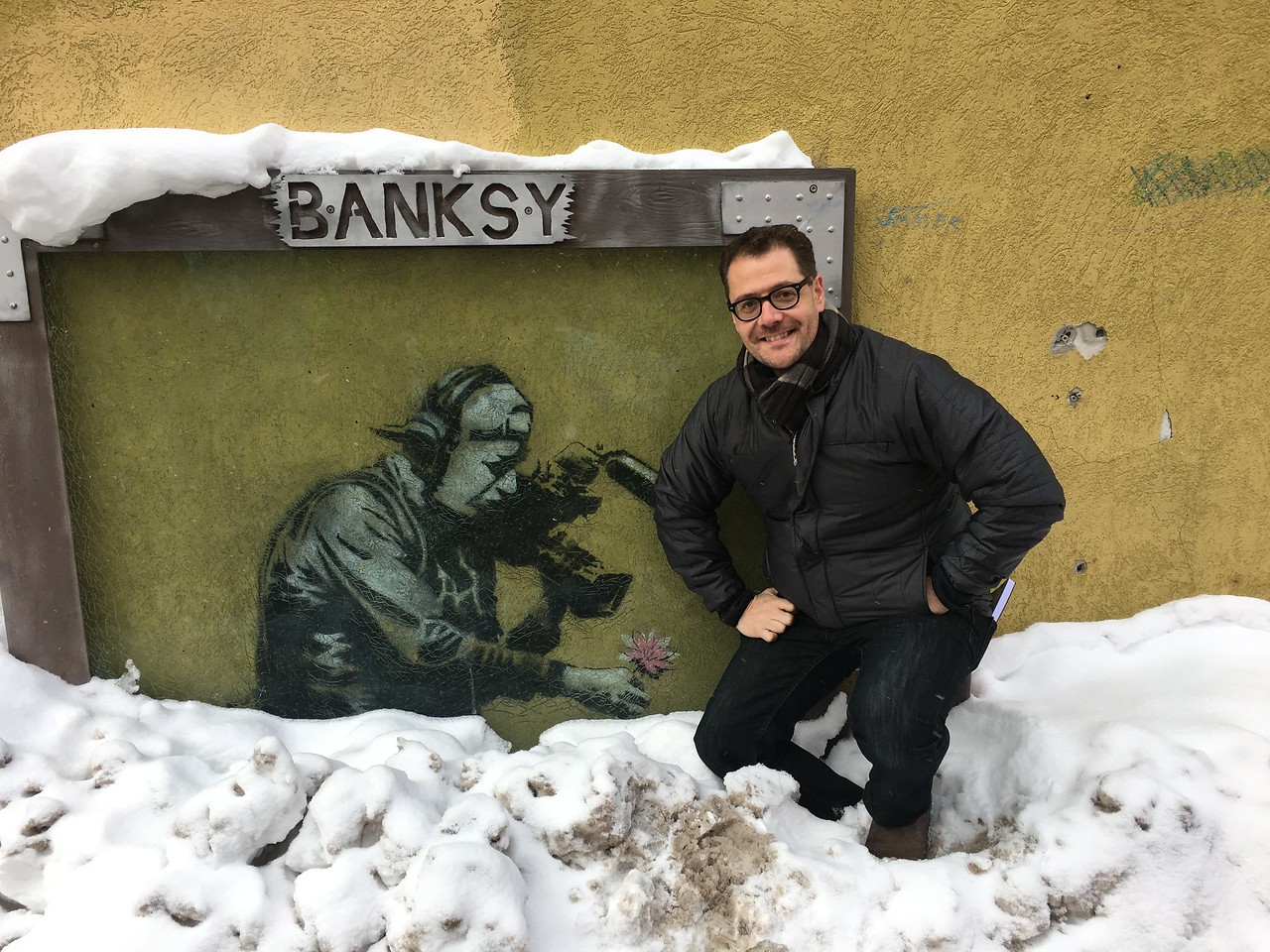 Hello everyone, and welcome to my new website, my new endeavor, and the one place where I’ll be gathering all the news and information on what I’m thinking, what I’m doing, and what I’m making. Austin Kleon, in a great book for artists called “Show Your Work” explains the benefits of using social media to simply let your fans in on what you are working on creatively. I’ll be using this space to post about documentary film as a window into this great adventure we call life, both in practice (as a filmmaker) and in review (as a writer, reviewer and lover of the documentaries made by others). I’ve come to believe that documentary film is an incredible opportunity for us all to engage with, reflect on and in many ways participate in the rhythms, liturgies and reflections on life, humanity and God. My good friend and former classmate, now a film critic who suggested I write a book summarized my project thusly, “for you, documentary film can be a spiritual practice.” I really do believe that, and in some ways, the blog posts here, the examples and reviews of the films of others, as well as the films of my own are an attempt to convince you of that sentiment.

Now, I’ve already alluded to it above, but the big news here is that I’m coming out with my first book: How To Film The Truth: The Story of Documentary Film as a Spiritual Journey, to be published by the great folks over at Wipf & Stock publishing. This will be a follow up to Elijah Davidson’s excellent book on narrative and fiction film: How to Talk to a Movie: Movie Watching as a Spiritual Exercise. I cannot recommend it enough, and it’s already available on Amazon for your reading pleasure.

I’ll be slowly releasing small excerpts from the book here, and let you guys in on some of the arguments I’ll be making in the book. Essentially, this whole journey came about as a kind of outgrowing of my interests in higher education and my career, over the past ten years. So while I wrote the book itself relatively quickly, over just a few months, I’ve been thinking about this stuff for a long time, while studying philosophy, theology and art and film.

There was a period of time in Hollywood, sometime after the release of Star Wars, and the rise of the blockbuster, that screenwriters discovered a formula for box office success in the work of Joseph Campbell. This was largely thanks to George Lucas, who famously used the theories of Campbell in constructing the narrative for his Star Wars movies. Specifically, this theory is called “The Heroes’ Journey” or “The Monomyth.” Campbell discovered that so many of the religious and cultural mythologies had common elements, having to do with a reluctant hero in search of an “elixir,” requiring a journey to a “cave” and a symbolic or actual death and resurrection followed by a growth in character for the community and the hero. Now, of course there are series of screenwriting books that seek to capture or explain the way in which a movie can tap in to this stream of meaning found in our most deeply held human needs, as manifest through narrative. This has resulted in, I would contend, a healthy understanding and exploration of ancient narratives, and thus humanity itself. In other words, there is a sense in which we understand ourselves better by allowing our cultural narratives (the films we make and watch) engage with the Monomyth.

Now, what I believe I have begun to see is something very similar in the world of nonfiction film, but it has less to do with religious and cultural myths, or the stories we have told each other over and over for thousands of years, and more to do with practice. These religious and cultural practices have many names, such as “liturgies” or “discipleship” or “meditation” or “worship.” Just like the Heroes’ Journey helped screenwriters and directors better understand what they were up to in constructing cultural narratives through film, a healthy understanding of liturgy, spiritual discipline and practice can help documentarians understand what they are up to in creating works of nonfiction. This is essentially my discovery, and the book is an exploration of all the different types of documentary films that, intentionally or inadvertently, tap into these deeply human spiritual practices. So in the book we will explore: confessional films, testimonial films, poetic films, celebratory or lament−oriented films, and ecstatic or illuminatory films. I am very excited to introduce these categories to filmmakers, students and fans of documentary alike, and along the way, I’ll be making films of my own, and would love for all of you to participate as well. I’ll be sharing my short documentaries with you here, and we will be setting up a section of the website over at Reel Spirituality for you to upload and share your own.

So friends, please join me in exploring and loving documentary film, and let us all share our work along the way!