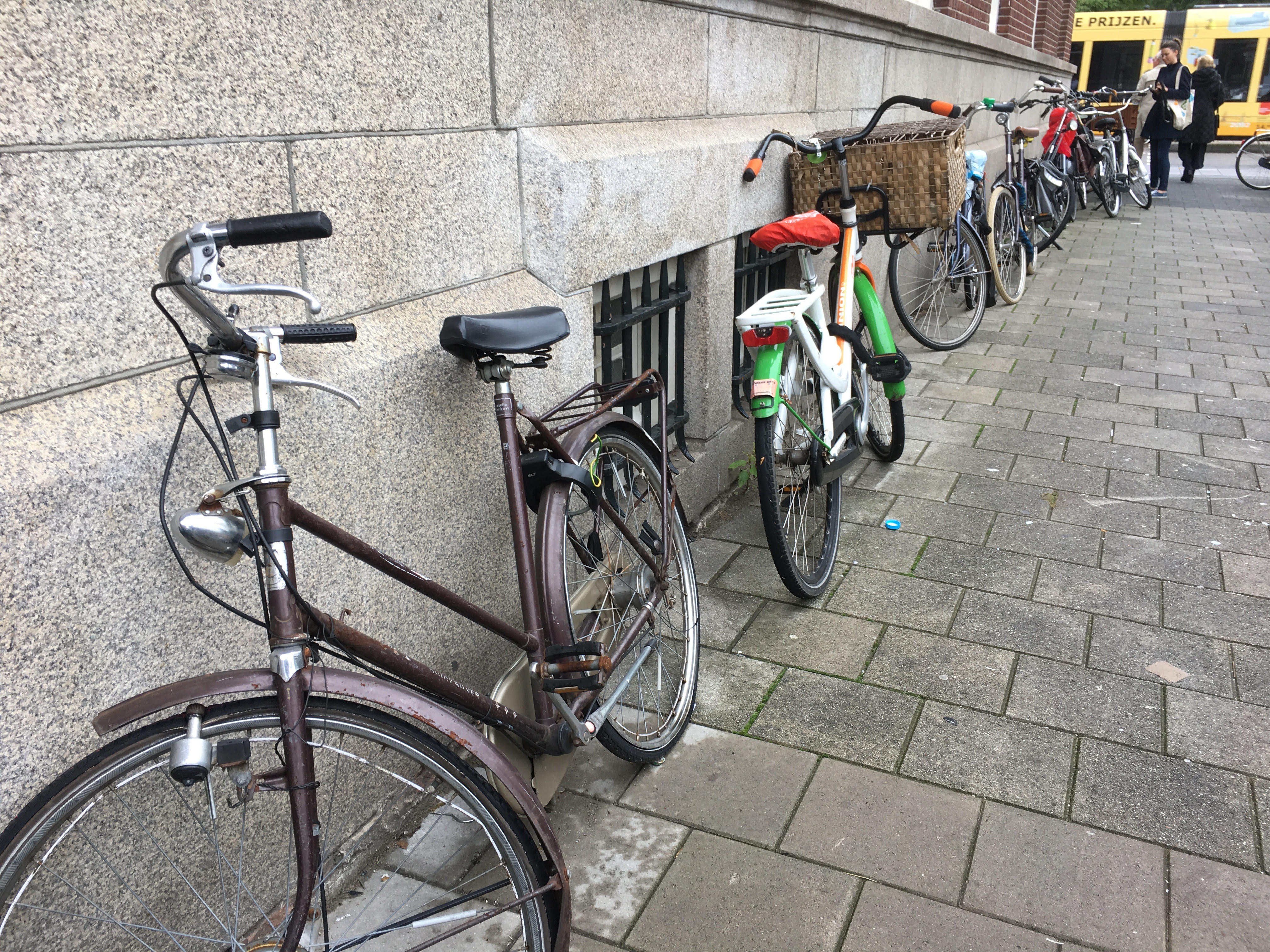 I had the privilege of visiting Amsterdam recently, and having written a section in my book about the early 20th century documentary filmmaker Joris Ivens’ poetic ode to the interplay between the rainstorm (nature) and the city (Amsterdam), crafting shots of the gathering clouds, the city preparing for rain, the drops in the canals, and finally, the sun breaking through once more, I thought I might compose and ode of sorts to Joris Ivens, in the city of Amsterdam, nearly ninety years later. My quick trip was set up to shoot some street interviews for my documentary about urban planning “The Space Of Our Time,” but as I boarded the plane in Budapest for my trip, I noticed the weather report: three days of rain.

I seriously considered punting and re-routing myself to Prague instead, a city that would have yielded great architectural B-roll for my documentary as well. But I had already arranged for a camera operator to meet me the next day and decided to go anyway and risk getting rained out.

Amsterdam is beautiful, a historic port city that sits below sea level, keeping the rising oceans at bay with giant, brilliantly engineered levees and crisscrossed with a network of canals, by which many of the goods and services are delivered by boat. The last time I was here, we were shooting a couple scenes for a Hollywood spy movie, and I had the chance to hit the town in the evenings after work with some of my coworkers. While grabbing a beer at a local pub, my coworker and I convinced the bartender to take us downstairs to see how the beer kegs are delivered. A tiny door in the basement opens to the street, and a wooden sled of sorts is laid against the hatch, to allow the kegs to roll down from the barge that delivers them via the canal above. This is just one example of how the city is able to retain the historic practices of our ancestors, yet somehow remain current and modern. Back before electricity, gasoline powered machines and large highways; watercraft was often the easiest way to move large amounts of product. In this sense, it seems like very little has changed since Ivens’ film. The shops seem to have the same awnings that can be pulled out over the tables at the cafes to shield patrons from the rain. The same trains and public transportation still crisscross the city, and the raindrops in the canals look exactly the same.

But the city has also been modernized in many ways, even though it seems the transportation device of choice is in fact a late 19th century invention, the bicycle. On the bus ride into town from the airport I was not just surprised, but utterly shocked at the sheer number of bicycles I saw crowding the streets. It wasn’t just the bikes in motion, but the bikes parked, chained and locked up to every single protruding surface. If there is a pole, a tree, a fence, a bench, a ring, a guardrail or anything that can allow a bike lock to loop through it, there will be a bike locked to it. I’m told (anecdotally) that there are more bikes than people here. 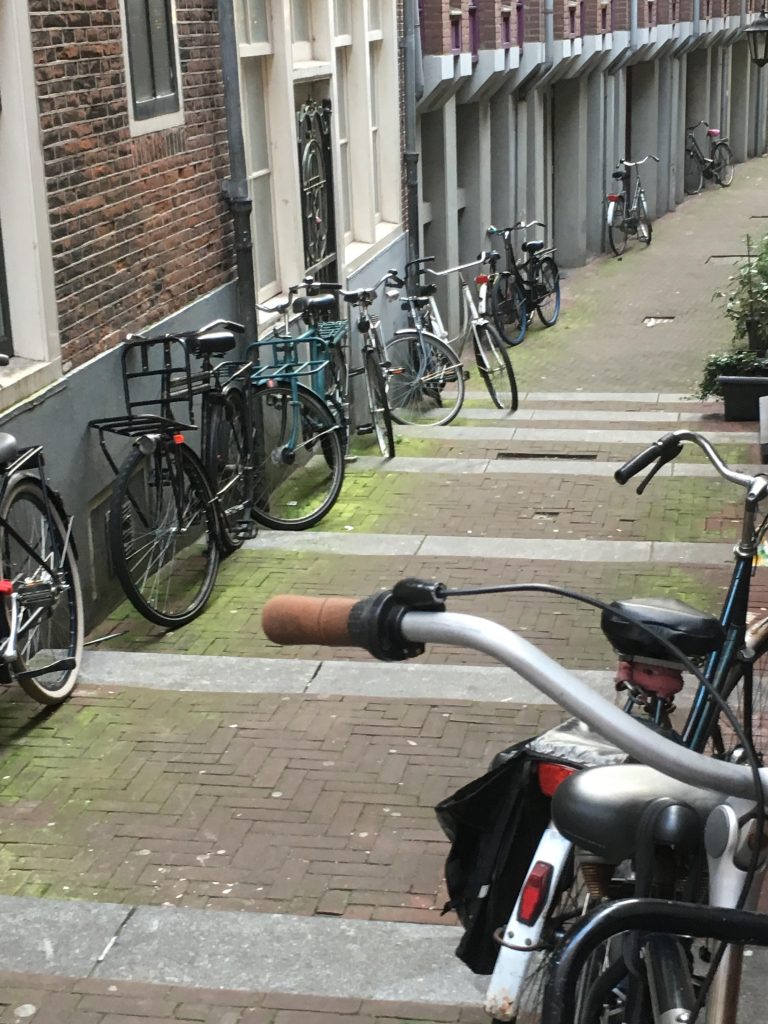 Of course, with the size of the city being limited by the water, there would be no way for this many people to live and work in the city in this kind of density without something like the bike to allow for quick and easy movement through the city. Because there are so many bikers, the city is of course accommodating to them, with bike lanes galore, and a sense that the bikers really do have the right of way.

As excited as I was to see the biking culture thriving to such a degree in the city, coming from a car-dominated region of the world, and a culture that tends to place cyclists into some sort of persecuted sub-category of transport choice, to the point where actual bike-car incidences of intentional violence actually take place (talk about the arbitrary nature of in-group loyalty and out-group resentment), I couldn’t help but notice a subtle sense of dis−ease as I stepped onto the streets for the first time. Bikes, you see, are very quiet, but relative to the pedestrian, very fast, and I wasn’t quite sure from whence they would appear: around corners, from behind me, from the right AND the left it seemed, on the sidewalk, or in the street. It seemed there was nowhere I could go without the lingering fear in the back of my mind that I could get hit by a bike. This causes one to have to constantly swivel one’s head back and forth at every intersection, because it’s not a question of if, but when a bike will be hurtling in your direction. They do have little bells, which gives one a fair warning, but the whole vibe has the effect of preventing one’s self from completely relaxing, almost like the feeling you get when sitting at a busy restaurant with your back to the door. You’d prefer to have the wall to your back so you can see what’s going on and relax. 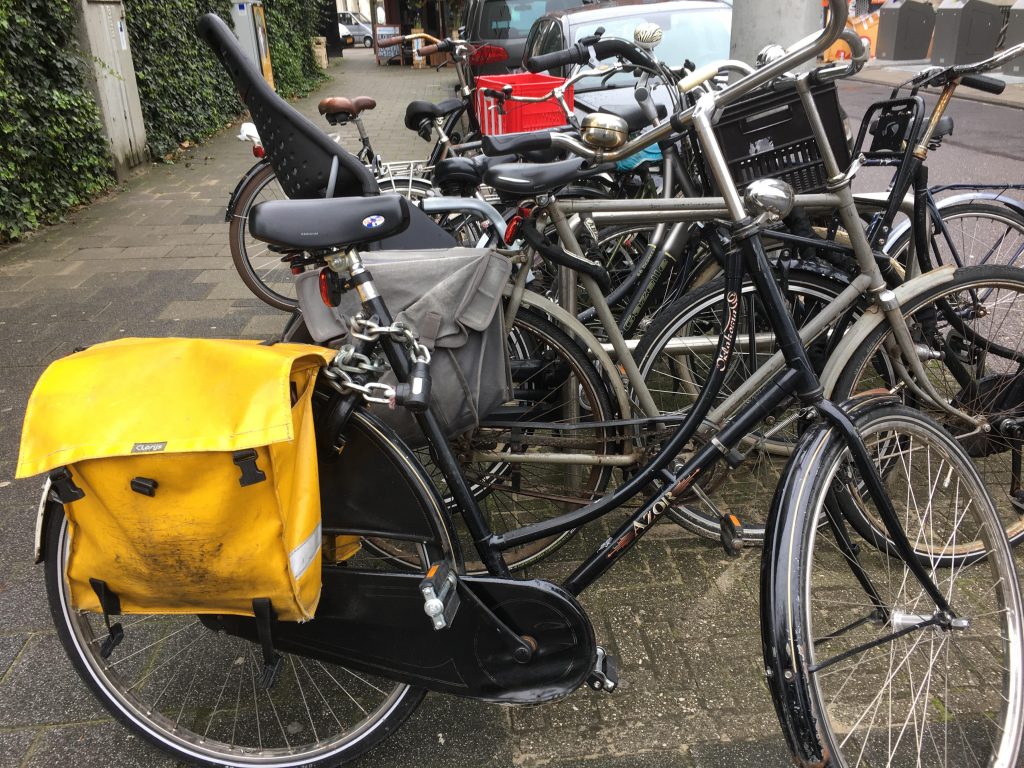 Well on the first day I ventured out with my camera, found some great coffee shops, some good beer, and filmed a few interviews for my documentary. But in between, I was thinking about Ivens, and his ode to the rainstorm in the city from 1929, and I shot a little piece about the rain myself. Please enjoy my film, and below, you can take a look at Ivens’ original film as well.