Notes from 1978: How The Discovery of my Grandfather’s European Travel Diary Brought Him Back To Life 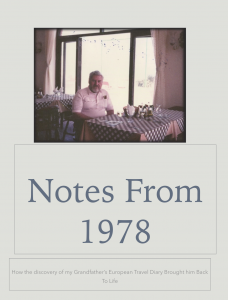 One Christmas, while rooting around in my Father’s basement, I discovered a typed manuscript in a red folder. My Grandfather had passed several years prior (in his 90’s), and I was looking for his unpublished novel. What I found was better than his novel, a travel diary detailing my grandmother and his adventures in Europe while on Sabbatical in the summer of 1978.

I’m co-writing this book with my brother, Aaron, and we see this as an exercise in intergenerational conversation: reflections on that which makes life meaningful in culture, art, philosophy of life and travel, and how to fully appreciate the gift of existence. This is both an ode to my grandparents, who taught my brother and I so much about how to live, and an example (we hope) of generative action, a way of contributing to culture that is positive, affirming, celebratory and uplifting, something we feel is greatly needed in our public discourse today, which can all to often be combative, vitriolic, denigrating and frustrating.

We invite you to listen in on our intergenerational conversation over a bottle of wine with some cheese. 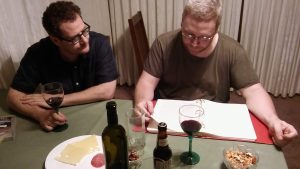 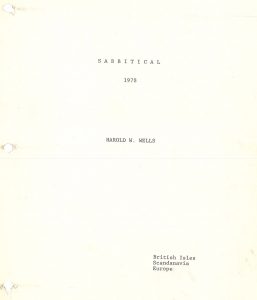 Making Documentaries Deep: Nonfiction Film and the Journey Towards Healing

As a follow up to my first book, How to Film Truth, Making Documentaries Deep will be an expansion of the themes I explore in How to Film Truth. I have come to believe that documentary film often derives it’s power and meaning for us by tapping in to deeply human rituals and historical practices. Christopher Vogler, in The Writer’s Journey, argues that a healthy understanding of mythology will help writers tap into deep and powerful human themes and processes when writing screenplays for movies. Drawing on the work of Joseph Campbell and The Hero’s Journey, Vogler allows screenwriters and filmmakers to place their work in conversation with the great stories of the past, and put us in touch with something that is spiritual, emotionally impactful, and cathartic. My project is similar, in that I want filmmakers to be aware of the great historical and religious traditions within which these films can operate, the difference being that we will look at religious ritual and practice as framework for understanding nonfiction film as therapeutic and spiritual art.

We might think of these ritualistic practices in terms of documentary genres: confessional films, testimonial films, celebratory films, lament films and poetic films. We will first explore the history of these practices (confession, testimony, celebration, lament and the poetic voice) and then look at representative films within each genre. My hope is that readers will come away with a greater appreciation for the spiritual and therapeutic potential of healing documentary films, and that provide a framework for documentary filmmakers who want to tap into these deeply human needs.